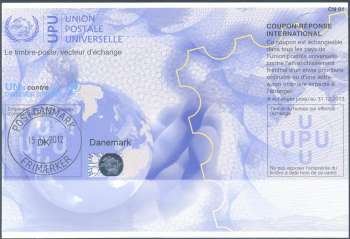 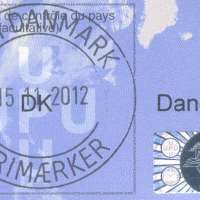 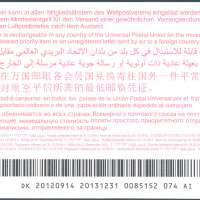 The purpose of the IRC is to allow a person to send someone in another country a letter, along with the cost of postage for a reply. If the addressee is within the same country, there is no need for an IRC because a self-addressed stamped envelope (SASE) or return postcard will suffice; but if the addressee is in another country an IRC removes the necessity of acquiring foreign postage or sending appropriate currency.

This IRC was made available since 1 July 2009 and is called the "Nairobi" model, and is available from post offices in 116 countries as at December 2012. IRCs are ordered from the UPU headquarters in Bern, Switzerland, by postal authorities.

Previous editions of the IRC, the "Beijing" model and all subsequent versions, bear an expiration date. Consequently, a new IRC will be issued every three years. The current IRC will become obsolete on 31 December 2013. Current stockpiles in the hands of users should be expended by then, or exchanged for the new issue to be introduced at that time. The current issue IRC may be exchanged until 31 December 2013 (date printed on coupon).