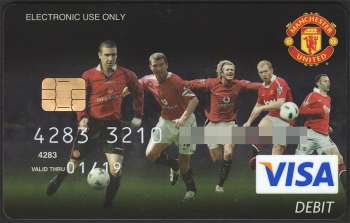 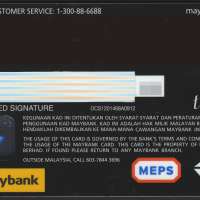 The Maybank Manchester United Debit Card, the first co-brand debit card for Maybank, was unveiled on 20 April 2012 by the Prime Minister, Dato’ Seri Mohd Najib bin Tun Abdul Razak. Two days later there was an official launch in the presence of United legends Gary Pallister and Ronny Johnsen, during a live viewing party in Sunway Lagoon, Malaysia for the Reds' home league game against Everton.

With over 8 million United fans and followers in Malaysia, the number of debit card applicants is expected to further increase ahead of the 2012/13 season. Subscribers will be able to take advantage of a number of benefits, including 10 per cent discount for online purchases at the Manchester United Megastore, as well as earning points if the team win a Premier League game on the day they use their Maybank Manchester United Debit Card.

Manchester United commercial director Richard Arnold comments: "The Maybank Manchester United Debit Card is the only debit card in Malaysia to offer exclusive access to the club and we are delighted with the response it has received so far. The card allows us to further engage with our 8.3 million

COLLECTION
For collection purposes, this card has been cancelled.