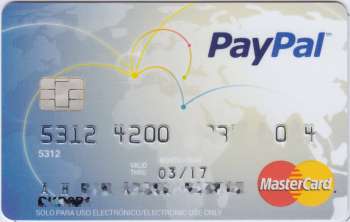 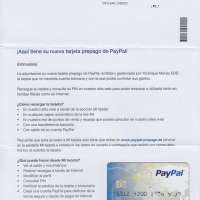 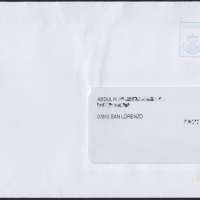 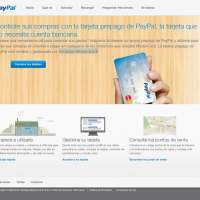 PayPal launched a prepaid card in March 2013. It is only issued to Spanish citizens (with DNI) and Spanish residents (with NIE). Application is made online and issued card will be printed with embossed name. However, the card is also available from general store across the country BUT without name (nameless card).

Either way, it costs €5 - for online purchase, payment can be made using PayPal or Visa/Mastercard.

To use the card, owner must have it recharged using another PayPal account or through a bank transfer.

"This prepaid card will be very useful to anyone who wants to have more control of your expenses and want, for example, allocate a certain budget for leisure or shopping. It's also suitable, for example, for those who must spend a abroad, as in the case of students, and avoid the red tape of opening a bank account in another country," says the director of PayPal for Spain and Portugal, Estanis Nicholas Martin. 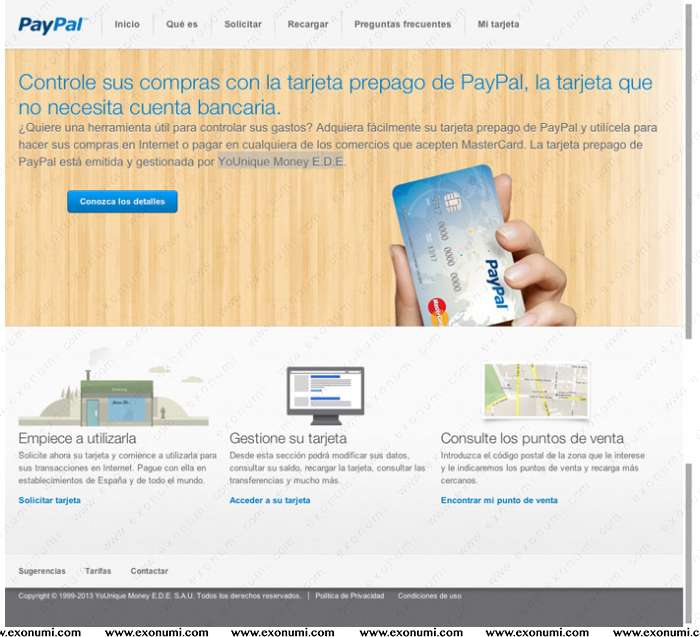 The Banco de España has revoked the operating licence which had been issued to Younique Money, a company which issued various products including pre-paid Paypal cards, raising various important questions among those who had purchased goods from Younique Money.

Until now two kinds of Paypal card were on the market. These were the Paypal visa credit card issued by Cetelem and the pre-paid card managed by Younique Money, and it is only the second of these which is no longer authorized.

The situation is currently that since 31st January, when the Banco de España revoked the authority previously granted to Younique Money, the cards affected can no longer be used in order to make payments. Amounts still in customers’ favour on the cards affected are guaranteed by Spanish law, and Younique Money has established procedures by which outstanding balances can be returned to clients.

These procedures are relatively simple: customers with outstanding balances should complete a form which is available on the Younique website, and then send it together with a copy of their identity card and proof of bank account ownership in order for reimbursement payments to be made.

However, there are some concerns in consumer protection bodies that the Banco de España should have taken more steps to safeguard customer rights, for example by freezing the accounts where customer funds are deposited. The hope is now that Younique Money will act efficiently and rapidly to satisfy upset customers: if this is not the case, the Banco de España could face an angry backlash.

COMMENTS
NEW COMMENT
#273 Thursday 03 June 2021 02:58:34 AM
Kimberly A bachmeyer
United States
Kimberly A Bachmeyer
#182 Sunday 22 April 2018 08:38:56 PM
darkstarr
Spain
You'd think with all the native english speakers resident in Spain that the authors of this article would use one.
This article is practically unreadable.
#122 Wednesday 28 September 2016 12:41:53 AM
lamin
Spain
Hi my name is lamin l'm intrest this master card