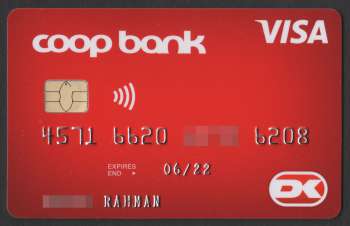 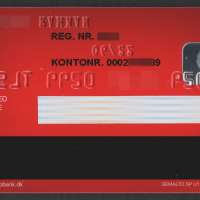 The Dankort is the national debit card of Denmark. Today it is usually combined with a Visa card and functions as a credit card abroad.

The first Dankort was issued by Pengeinstitutternes Købe- og Kreditkort in September 1983. In 2001 Dankort A/S was founded, and it took over the rights to the Dankort in January 2001.

Co-branded Dankort-Visa cards are very common in Denmark and do not carry the bigger fee for merchant, as Danish merchants treat them as regular Dankort cards within Denmark.