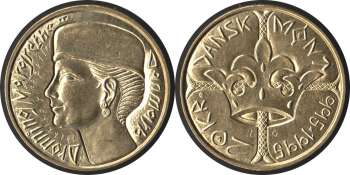 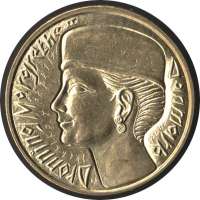 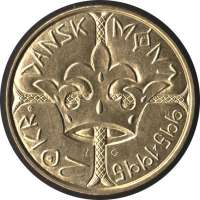 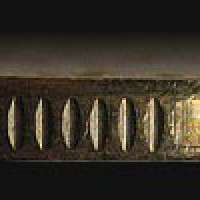 In the coin centre a bust of Queen Margrethe II of Denmark in a hat facing left.

Along the left edge: DRONNING MARGRETHE II, below in concave lettering:  (Queen Margrethe II written in Latin and Runic alphabets)

Along the right edge: DANMARK, below in concave lettering:  (Denmark written in Latin and Runic alphabets)

In the centre a crown with a cross in the background; along the top edge: DANSK MONT (Danish Mint); along the left edge face value: 20 KR. (KRONER); along the right edge two dates: 995-1995

Den Kongelige Mønt (The Royal Mint), Copenhagen (mint mark HEART-shape inside the digit 0 in face value on the reverse; below the crown in the reverse with concave lettering initials of mint's director Grove LG)

The commemorative coin with face value 20 kroner from 1995 marks the 1000th anniversary of the Danish coinage. The deep relief makes it unusual. For the first time in the history of modern Danish coinage a very deep stamp was used to imitate the medieval coins. The reverse is not a copy of any specific coin. A crown and a cross are popular medieval motifs on Danish coins. Below there is an example of a coin struck by Sven Forkbeard in ca. 995. The inscription says: ZVEN REX DAENER (Sven King of Denmark). Coins of this type are considered to be the beginning of the Danish coinage. 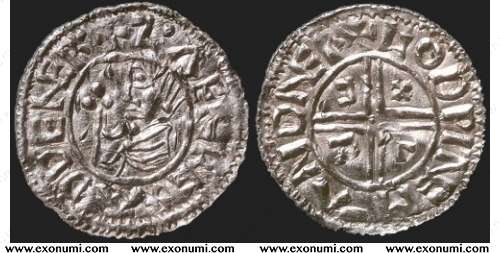