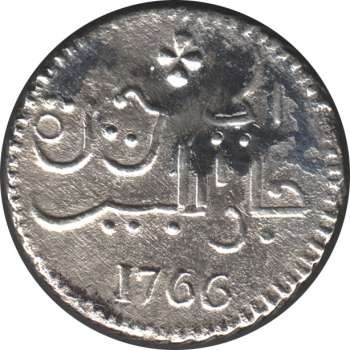 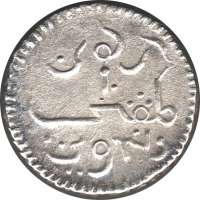 However, it must be noted that on the actual coin, no reference to RUPEE but DIRHAM as currency name.

Rupiah is much better than the origin suggests with many zeros printed and tacky graphic design paper. The word comes from the Sanskrit Rupiah rupiyah that silver or silver coin means. There circulated ever silver rupees from India in Indonesia when the country was still called the Dutch East Indies and the VOC assume their Asian headquarters, located in "The Castle" in Batavia, ruled the roost. The VOC did business with many parts of Asia, including in the Coromandel and Malabar on the east coast to the west coast of India where they had several factories. In these regions used the VOC local silver coins of good content and attractive design: the Rupees.Other coins were in these areas are not accepted. This rupees were also found attractive in Java, where they could be done with profits of hand by the VOC. The rupee was called by the Dutch ropij and they used Java rupees from various regions of India. The most famous were the Soeratse rupees, beaten to Surat, at that time the most important trading center located in North-West India. The VOC used rupees from further include Sicca, Arcot and Palikate and were knocked these coins even for their own account at various local mints in India. The silver content of the right was claimed for this little bar in 1 kilo from the Netherlands.


This is a particular variety with different spelling which yield different meaning and of course pronunciation, the الى has been spelt as الي
Spelling for Jawa could not be confirmed, either with ا as in جاوا or not  جاو.

On the reverse, a character derived from Arabic to complement South-East Asia pronunciation was used, ڤ