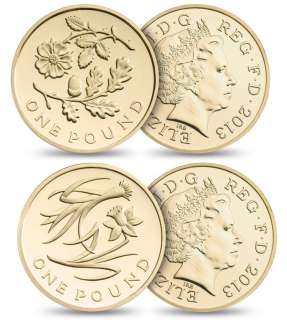 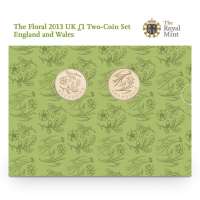 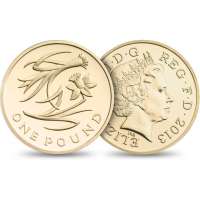 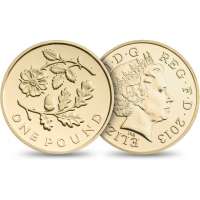 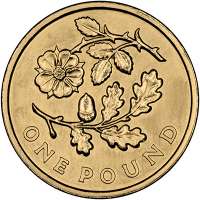 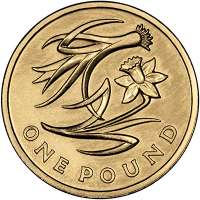 The first installation, the first two out of four commemorative coins to celebrate 30th year of £1 coin since it was first introduced in 1983, one for each constituent nations; England, Wales, Scotland and Northen Ireland.

Depicting pairs of floral emblems, it is the first floral series since the 1984 floral series started, which was a bestseller.  The 2013 coins show the rose and the oak to represent England with the leek and the daffodil for Wales. Coins representing Northern Ireland and Scotland will be released in 2014 to complete the quartet.

The Solid Oak and the Rose - England’s £1 coin features the leaves of an oak tree underneath a portrayal of an English rose, with the denomination written in full underneath the images.

The Leek of St David and the Daffodil - The Welsh design also features the denomination in full underneath the image flowering daffodil underneath that of a leek.