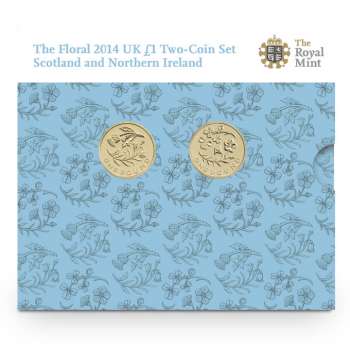 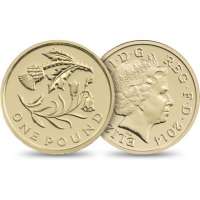 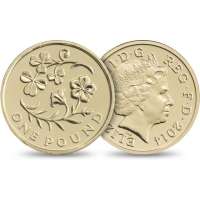 
Completing the FLORAL £1 of all four constituent of United Kingdom and these were specially minted to celebrate 30th year of £1 coin since it was first introduced in 1983. The first two were minted in 2013.

In 2014 UK £1 Brilliant Uncirculated Two-Coin Set representing Scotland and Northern Ireland was minted and available for sale. These two are completing a quartet that began in 2013, the coins feature elegant floral-inspired designs by Timothy Noad, which pair the thistle and bluebell for Scotland and the shamrock and flax for Northern Ireland.

Edge Inscription: NEMO ME IMPUNE LACESSIT
Translation: No one will attack me with impunity
COMMENTS
NEW COMMENT