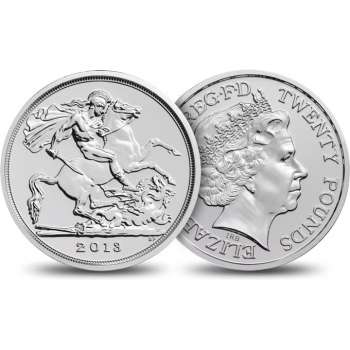 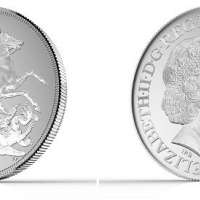 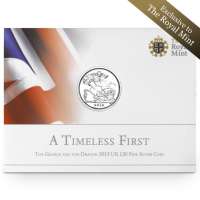 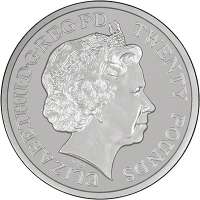 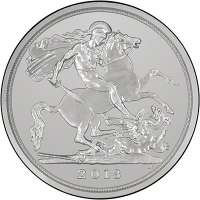 The Royal Mint has never struck one before, but in 2013, for the very first time, an official, legal tender UK £20 coin was minted. It was sold by Royal Mint for the same face value unlike to their other collections, sold for a premium.

The world-famous design Pistrucci's St George and the dragon is usually seen on Britain’s gold Sovereigns and the first time used on a silver coin.

The £20 coin, the first since the Royal Mint began designing decimal coins, is considered legal tender by the Royal Mint, but in practice will not be accepted by banks or shops.

Thank you Una for helping me securing this pretty piece.