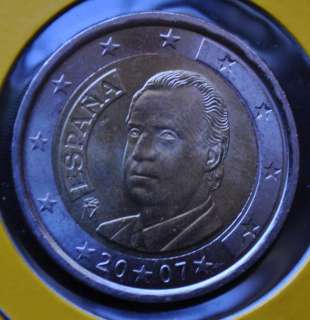 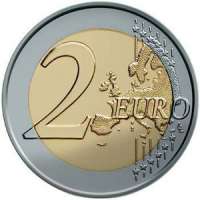 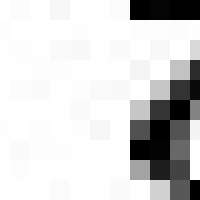 Twelve stars (4 of them incuse) surround the portrait of King Juan Carlos I, engraved by Luis José Díaz.

Showing re-designed map of a second type. As the EU's membership has since expanded in 2004 and 2007, with further expansions envisaged, the common face of all euro coins from the value of 10 cent and above were redesigned in 2007 to show a new map.