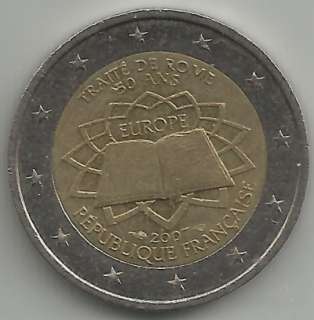 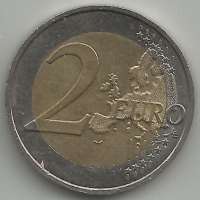 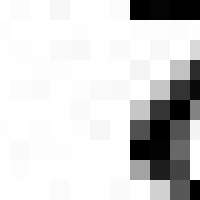 50th anniversary of the Treaty of Rome

The centre of the coin shows the Treaty signed by the six founding Member States on a background evoking the paving, designed by Michelangelo, of the Piazza del Campidoglio in Rome where the Treaty was signed on 25 March 1957.

The year 2007 and the national name of the issuing country are inscribed under the design.

The twelve stars of the European flag are depicted on the outer ring.

A map, next to the facial value, shows the gathering of the fifteen states of the European Union