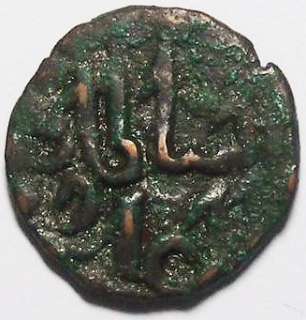 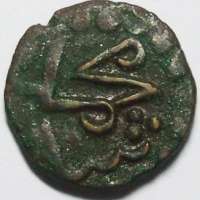 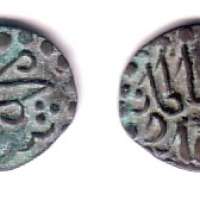 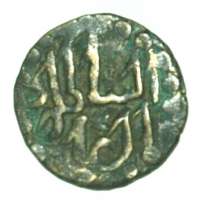 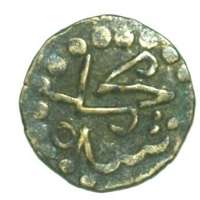 Reverse
In Arabic "Muhammad Shah"
محمد شه
Composition: Silver and Copper Alloy
Several die varieties exist.
REAL is currency used at that time (Spanish Real) and probably was taken from the name to reflect the local pegging value.
Circulated during the reign of Sultan Muhammad Jiwa Zainal Abidin Mu'azzam Shah II (1710 - 1773)
Information was taken from The Encyclopaedia of The Coins of Malaysia Singapore and Brunei 1400 - 1967 (by Saran Singh, 2nd Edition, 1996)
This coin does not appear in Major Fred Pridmore's article "The Native Coinages of the Malay Peninsula - The Northern Group - Kedah and Perlis", published by Spink & Son Ltd., London appeared in Numismatic Circulars 1972, Volume LXXX, No 9 and 10.
Kedah Coins (1600-1905)
Until the end of the 15th century, trade coins of Egypt (the dinar) or the Venetian gold sequin (zecchin) constituted the principal minted currency of Kedah. Coin of Kedah together with strings of cowrie shells or Chinese copper cash, formed the fractional denominations required by the local markets.
The early local Kedah currency was tin coinage, although payments for the larger transactions were made either through the barter of tin, or Spanish dollars or other foreign silver coins. From the beginning of the 7th century, Kedah had already begun to produce its own tin cash for domestic use. Gold coins from Johore, Patani and Acheh were used in trade, in addition to the Spanish dollar.
Gold and silver coins minted in Kedah can be traced only to two reigns:
(i) Sultan Dziya’ud-din al-Mukarram Shah, 1661-1687; and
(ii) Sultan Muhammad Jiwa Zainal Shah II, 1710-1760
The 17th century coinage is similar in shape (octagonal) to the contemporary currency of Johore.
Note
Not many information known about coins issued in Kedah and Perlis.
COMMENTS
NEW COMMENT