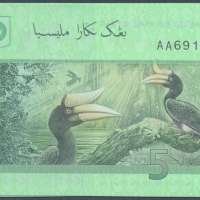 This is the first group of RM5 being circulated into the public domain bearing serial number starts with AA.