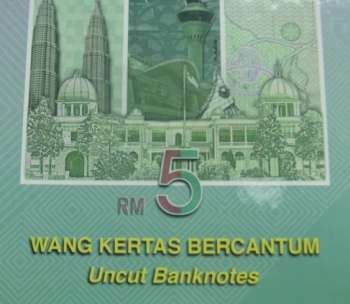 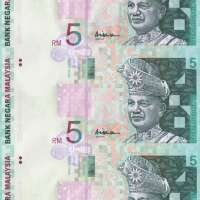 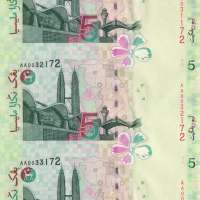 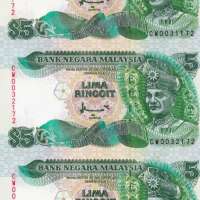 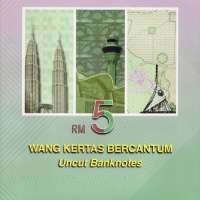 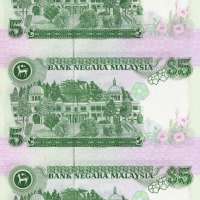 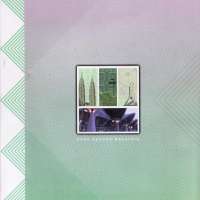 RM5 Uncut Banknotes - Old Series
The green RM5 denomination note issued in January 1984 incorporates designs which are based on traditional Malaysian ornaments, wood-carvings, craft and flora and a vignette of a prominent building in the Federal Capital. It is the second denomination of the second series (old series).
The obverse of the RM5 note bears the potrait of the First Seri Paduka Baginda Yang di-Pertuan Agong. The general background design includes patterns based on traditional ornaments, batik, wood-carvings and other crafts. On the reverse side of the note, the predominant design is a vignette of the National Palace, one of the major landmarks in the Federal Capital. The national flower, the Hibiscus is depicted on the lower right hand corner of the note. The security features in the note include the optical security thread, the latent image of the denomination numeral "5", the see-through feature and the watermark portrait of the First Seri Paduka Baginda Yang di-Pertuan Agong.