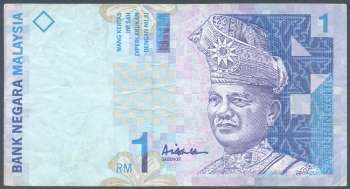 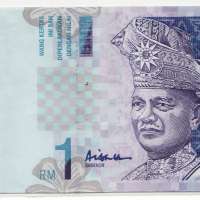 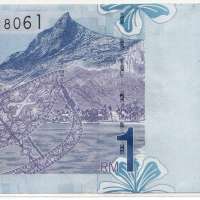 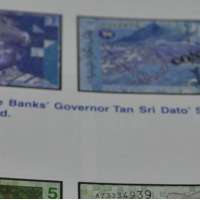 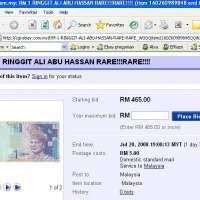 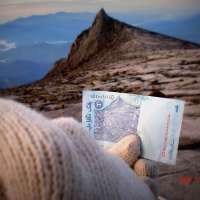 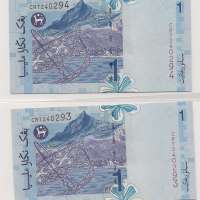 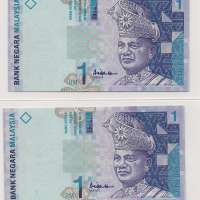 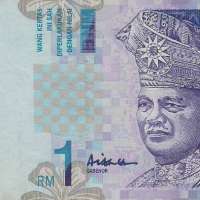 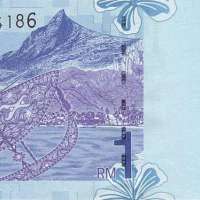 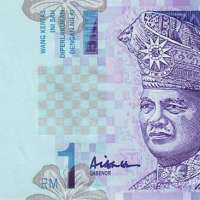 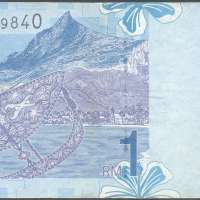 The theme of the new series, "Wawasan 2020" reflects Malaysia's economic development and accomplishment towards achieving the status of a fully developed country. The main focus reflected in the background motif is the tourism sector. This is depicted with an illustration of a Malaysian kite, the beach, Mount Kinabalu and the pinnacles of Gunung Api located in Mulu National Park. This motif also reflects some off the popular tourist destinations in the country. As with the other denominations of the same series, the new RM1 note will also bear RM as the currency symbol for the Malaysian Ringgit.

The security features of the RM1 denomination are highlighted in this website as a guide to the public. These features include the security thread with the repeated "BNM RM1" text, three-dimensional watermark portrait, anticopy feature known as "PEAK" and security fibres in the paper. The new RM1 note retains the predominant blue colour of the existing RM1 note design. The intaglio (raised printing) portrait of the First Seri Paduka Baginda Yang di-Pertuan Agong is retained as a dominant feature.

Rarity Information
The RM1 notes printed bear the signature of the previous Central Bank governor Tan Sri Ali Abul Hassan bin Sulaiman. These notes supposedly was not introduced to circulation due to Tan Sri Dr. Zeti Akhtar Aziz, whom assumed office on May 1st, 2000, thus, the Central Bank has introduced the new RM1 note that bears the sign of the incumbent governor (Dr Zeti Aziz).

During the governorship transitioning, from Ali Abul Hassan to Zeti Aziz, it was believed that BNM's branch in Penang was late in receiving instruction to recall and cancel the notes distribution.
The notes was believed to be inadvertly released by a bank in Bukit Mertajam (Penang). As Dr. Zeti Aziz has assumed office at that time, it was presumed to be inappropriate to circulate banknotes of whom the signature bearer was no longer in office. Therefore, the banknotes were largely found in circulation in the northern parts of the Peninsula, specifically in Kedah and Penang.

The notes signed by Ali Abul Hassan that were recalled, were replaced with prefix ZB.

However, this information needs to be sourced and verified.

Tan Sri Ali Abul Hassan took over as the sixth governor during the height of the Asian financial crisis in 1998. During his tenure, he adopted a proactive and business-friendly policy to revive the economy.
His main focus was to improve Malaysia’s economy with specific initiatives to stimulate domestic and foreign investments.
During his time, Ali Abul Hassan steered Bank Negara to greater heights, particularly in working hand-in-hand with other government agencies, to bring the economy back to shape.
Ali Abul Hassan retired in May 2000 and was appointed special economic adviser in following year to then Prime Minister Tun Dr Mahathir Mohamad.

There was this myth circulated that the banknote was signed by the 11-th Supreme Head of State's consort, Permaisuri Siti Aishah Abdul Rahman 26 April 1999 – 21 November 2001, the Queen of the late Sultan Salahuddin Abdul Aziz Shah.

The idea must have come from the the look of the sign on note that remarkably looks so much alike to "Aishah".
COMMENTS
NEW COMMENT
#214 Tuesday 30 April 2019 01:06:53 AM
kenlee
Malaysia
minat Rm1