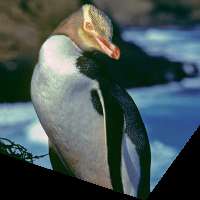 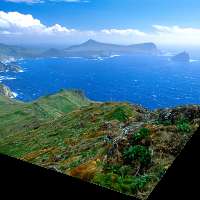 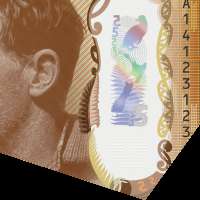 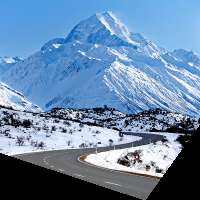 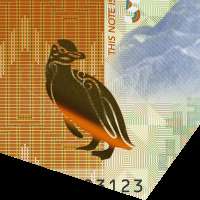 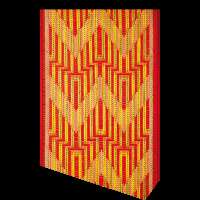 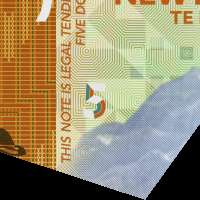 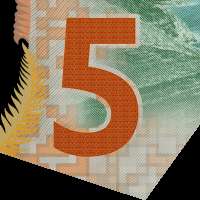 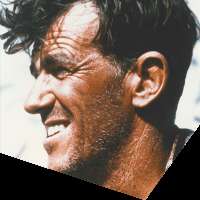 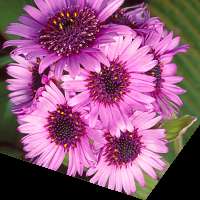 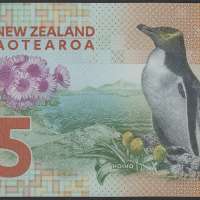 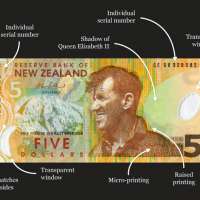 This new design, introduced on December 10, 2015, was awarded The 2015 Banknote of the Year by The International Banknote Society in March 2016. It was pronounced a "clear winner" among the nearly 40 eligible designs from a record 20 countries. It is one of nearly 150 new banknotes release in 2015. to be eligible, a banknote must have been issued for the first time during the award year and be in general circulation.

The new note, printed by the Canadian Bank Note Company in Ottawa, is part of the Reserve Bank's new "Brighter Money" banknote upgrade series which includes "improved security features, vibrant imagery, and innovative design". It shows mountaineer Sir Edmund Hillary facing the South Island's Aoraki/Mount Cook on the front and, on the back, images of a rare yellow-eyed penguin and local flora. Advanced security features are numerous and include very attractively designed polymer window images. 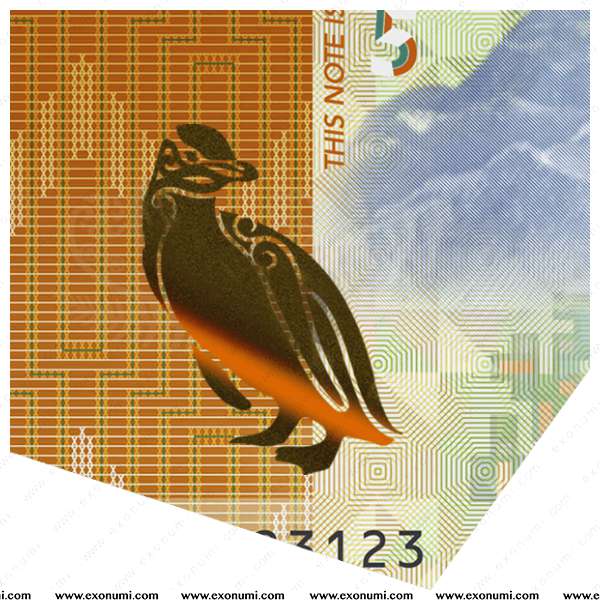 Colour Change
Security feature
Check the colour changing yellow-eyed penguin - as you move the note, the colour inside the bird changes and a bar rolls diagonally across the bird shape. 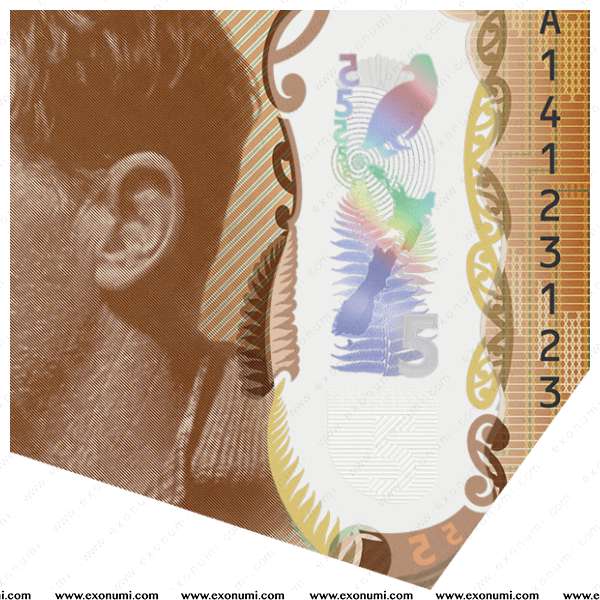 Holographic window
Security feature
Check the transparent window and hologram inside - as you spin the note, colours appear inside the new, larger window.
You will see a silver fern, map of New Zealand and the same bird featured on the note. A number is embossed into the bottom of the window. 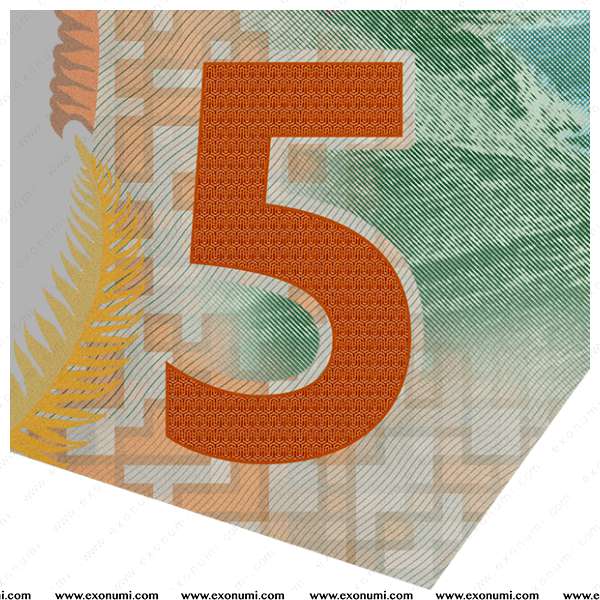 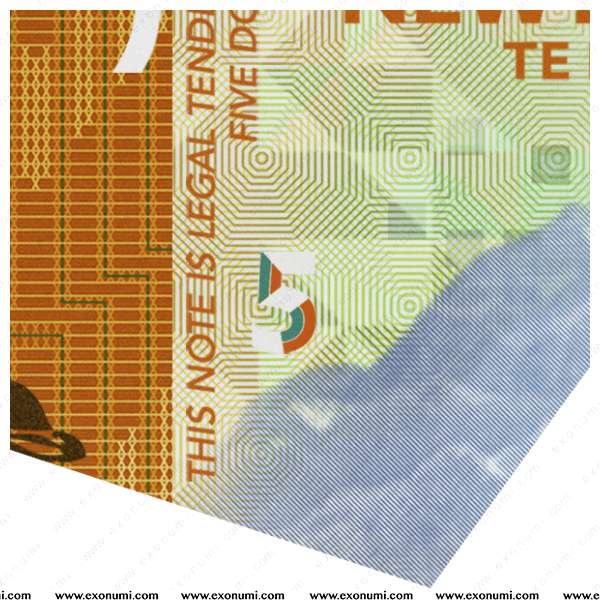 Puzzle Number
Security feature
Check the puzzle number - holding the note up to the light will make the irregular shapes on the front and the back of the note line up to show the number 5. 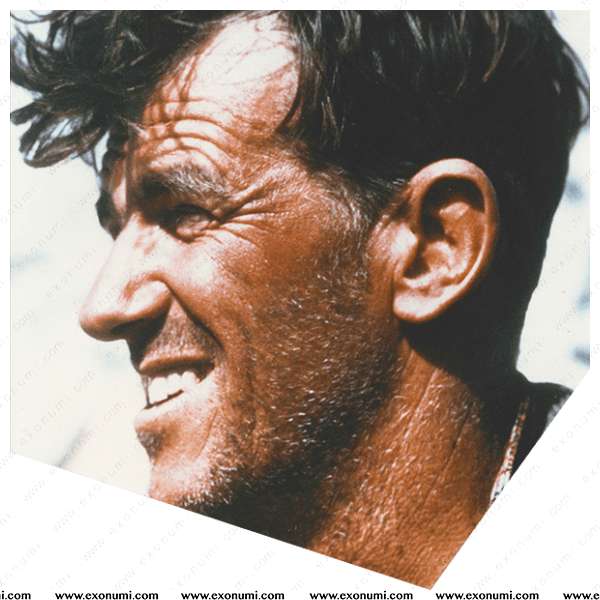 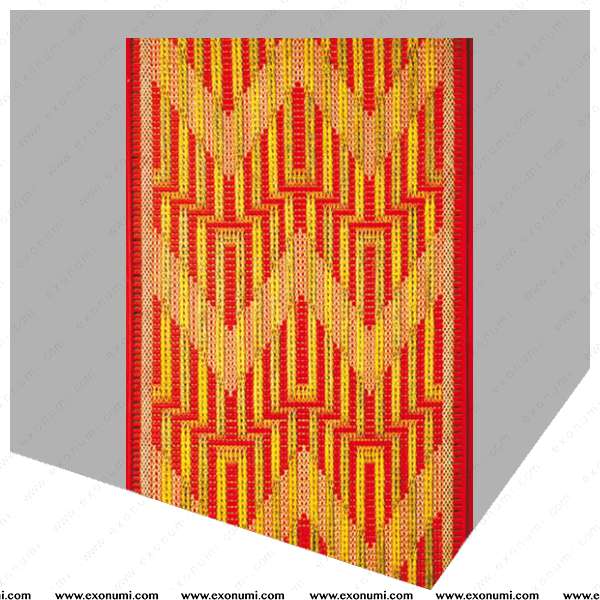 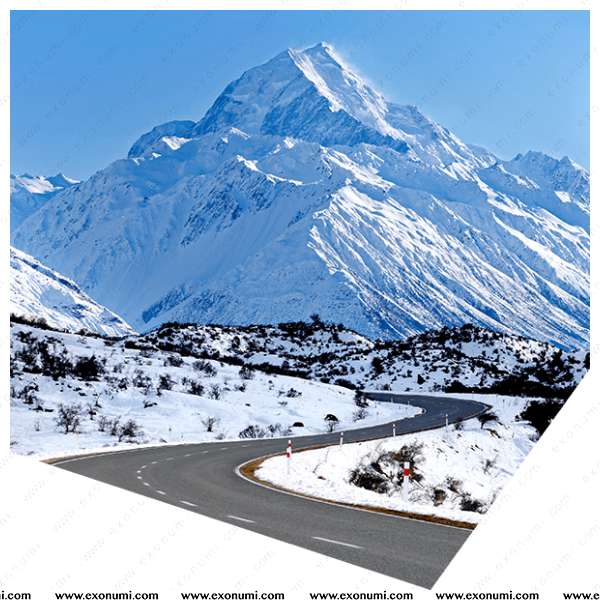 Mount Cook/Aoraki
Mount Cook/Aoraki, in the South Island, is New Zealand's highest mountain.
It was the scene of Sir Edmund Hillary's earliest major climbing successes, and was regarded by Hillary as one of his favourite mountains. 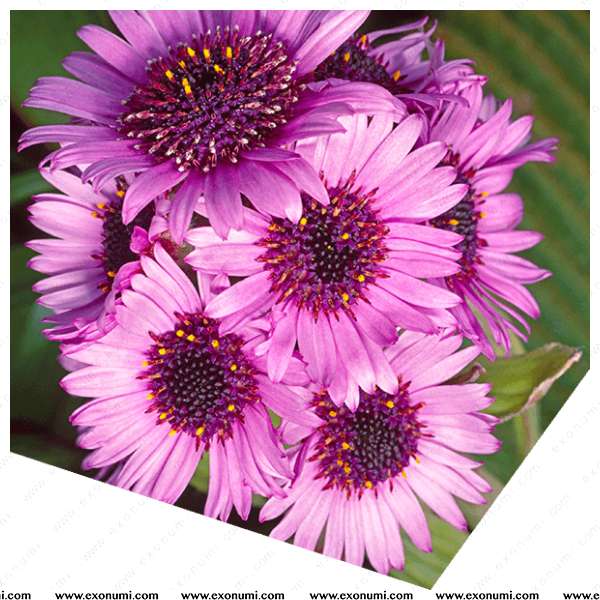 Campbell Island Daisy
Pleurophyllum speciosum
This plant has colourful pink and purple flower heads and is a mega-herb in the daisy family, found on Campbell and Auckland Islands.
Here the plants grow close to the ground to avoid the strong winds. 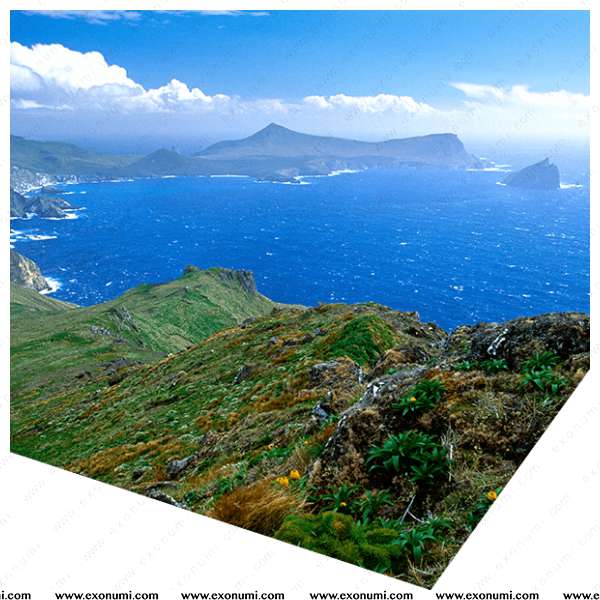 Campbell Island
Campbell Island is the southernmost of New Zealand's subantarctic islands (approx. 600 kilometres southeast of Stewart Island) and a population of yellow-eyed penguin live and breed here.
This view of Campbell Island shows Northwest Bay from the slopes of Mt Azimuth. 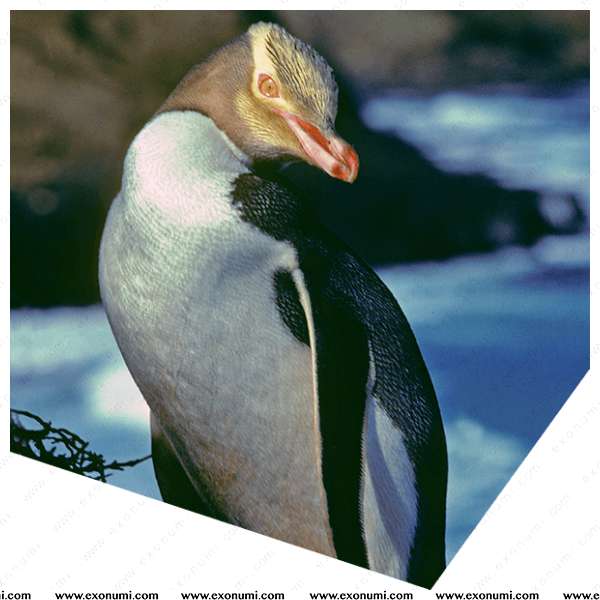 Yellow-eyed penguin/Hoiho
Megadyptes antipodes
The hoiho is unique to New Zealand and is one of the world's rarest penguins. They are found along the south-eastern coastline of the South Island, and on Stewart, Campbell and the Auckland Islands.
The hoiho has a distinctive yellow iris and a yellow band of feathers across the back of its head. Adults are grey-blue on the back, with a snow-white belly and pink feet. Uniquely for penguins they are solitary nesters and will travel quite far inland to do so. The species is threatened by habitat destruction by humans, and predation of chicks by stoats, dogs, ferrets, and cats.
COMMENTS
NEW COMMENT