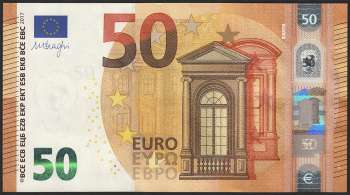 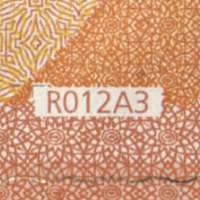 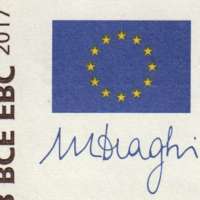 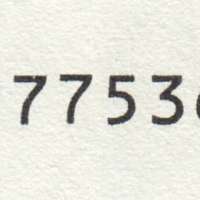 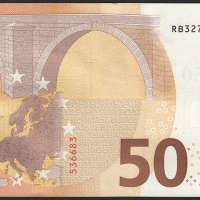 It is the fourth issues of 2013 series bearing the signature of Mario Draghi, President of the European Central Bank. Like the previous €20, these €50 banknotes are also printed with hybrid materials, including a transparent see-through arch window on s strip located on the right hand side of the note

The Europa series banknotes, similarly to the first series, bear the EU Flag, a map of Europe on the reverse and the signature of Mario Draghi, current president of the ECB and the 12 stars from the EU Flag are also incorporated into the note.

The design for the 50 euro note features the acronyms of the name of the European Central Bank in ten linguistic variants, covering all official languages of the EU28.