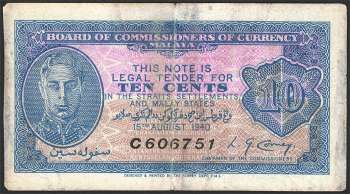 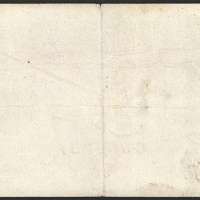 Top-left and bottom-left corners are missing.

Because of the outbreak of war in Europe, there was a currency shortage due to silver coins hoarding as the intrinsic value of the metal was greater than the face value of the coins. In needs to meet for small change, the Survey Department printed 10 and 25 cents in Kuala Lumpur for circulation. An order was placed for 2,000,000 notes on 17 July 1940 and later delivered on 20 August 1940.