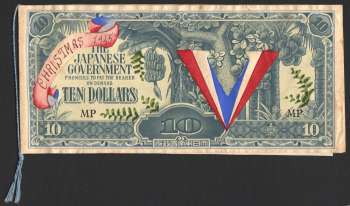 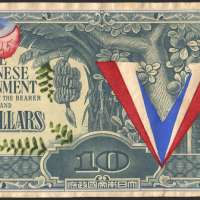 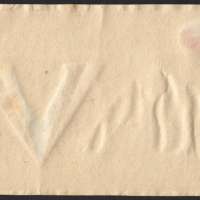 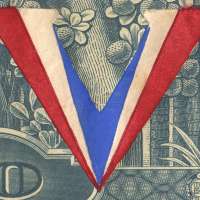 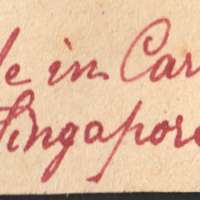 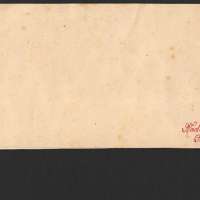 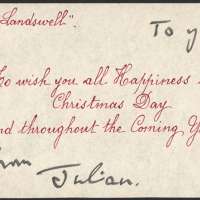 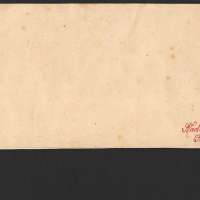 Inside it has a handwritten message (which was written from Singapore).

REVERSE
Made in Carmel
Singapore

When the Japs surrendered, only Molcab1 and Molcab 2 were actually deployed. Once in Cochin, India, or Singapore, they became HMS LANDSWELL.

Their purpose was to provide accommodation, security and technical facilities/support for Landing-Craft crews while they were operating away from their Parent Ship.(L.S.I's / Troopships) A MOLCAB consisted of 36 Officers and 374 other ranks, of which the vast majority were Royal Marines, under the command of a Royal Marine Officer. There were also Naval technical personnel, like Engine Room Artificers.