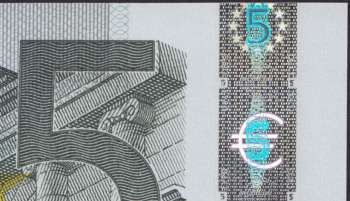 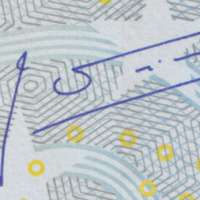 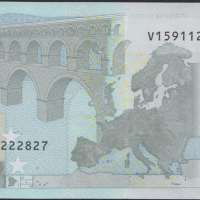 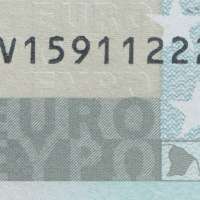 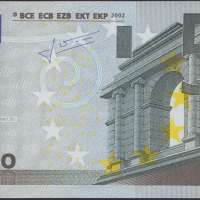 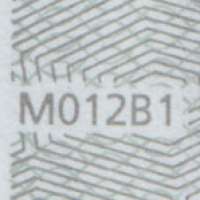 It is the smallest note measuring 120 x 62mm. and has a grey colour scheme. The five euro banknotes depict bridges and arches/doorways in Classical architecture (up to the fifth century).

This series has been replaced by Europa Series (also known as Second Series) on 2 May 2013.

Banknotes printed from 2004 to 2012 show the signature of the second president of the ECB, Jean-Claude Trichet.

V is the country code for Spain.