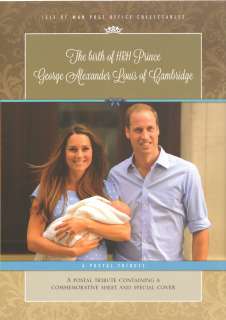 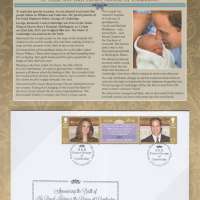 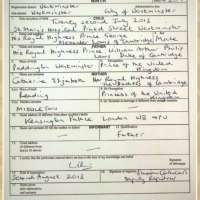 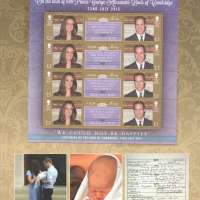 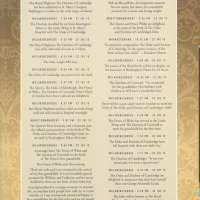 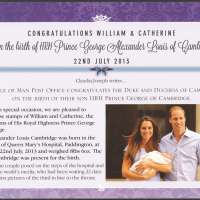 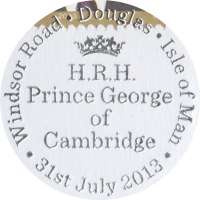 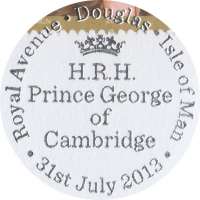 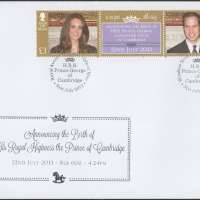 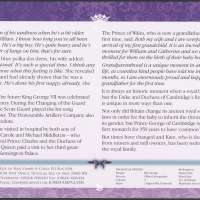 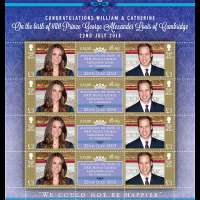 In celebration of the birth of a future heir to the British Monarchy, Isle of Man Post Office is producing royal memorabilia items to mark this key moment in British history.

It follows the news the world had been waiting for, the Duke and Duchess of Cambridge saw the arrival of their first child a baby boy on Monday (July 22) at St Mary's Hospital in Paddington, London. Named George Alexander Louis, the Prince is third in line to the throne and weighed 8lbs and 6oz.

The Isle of Man Post Office becomes the first postal administration to mark the royal birth.

"We were thrilled to hear the news of the birth of the royal baby, and delighted to mark the historic occasion with a special commemorative souvenir sheetlet of postage stamps," said Maxine Cannon, general manager of Isle of Man Stamps & Coins.

1. FDC with silver-foil impression postmark.
2. Sheetlet of 4 sets of gutter-pair. A sheet of eight stamps showing proud father William and a smiling Kate. (With single protective sheet on top, same size as stamp)

At the bottom of page three, third photo is a resized reproduction copy of birth certificate. The occupation registered for the parents are both as Prince and Princess of the United Kingdom.

Catherine on left and Prince William on right side.
£1 each.

A special feature of this product is that there are two unique postmarks namely ÑRoyal Avenue? and ÑWindsor Road.? Enclosed in the cover envelope is a dedicated information card with a specially- commissioned text by leading royal journalist and biographer Claudia Joseph.

Postmarks were of silver-foiled impression, reads

On the birth of HRH Prince George Alexander Louis of Cambridge

To mark this pecial occasion, we are please to present this postal tribute to William and Catherine, the proud parents of His Royal Highness Prince George of Cambridge.

George Alexander Louis Cambridge was born in the Lindo Wing of Queen Mary's Hospital, Paddington, at 4.24pm on 22nd July, 2013 and weighed 8lbs 8oz. The Duke of Cambridge was present for the birth.

Afterwards the couple posed on the steps of the hospital and chatted to the world's media, who had been waiting 22 days to snap the first pictures of the third in line to the throne.

I'll remind him of his tardiness when he's a bit older, joked Prince William. I know how long you've all been standing here. He's a big boy. He's quite heavy and he's got a good pair of lungs on him, that's for sure.

Wearing a sky blue polka dot dress, his wife added: It's very emotional. It's such a special time. I think any parent will know what this feeling is like. She revealed that her husband had already shown that we was a modern father. He's done his first nappy already, she said.

The arrival of the future King George VII was celebrated across the country. During the Changing of the Guard the Band of the Scots Guard played the hit song COngratulations. The Honourable Artillery Company also fired a 62-gun salute.

The couple was visited in hospital by both sets of grandparents, Carole and Michael Middleton - who arrived first - and Prince Charles and the Duchess of Cornwall. The Queen paid a visit to her third great-granchild at Kensington Palace.

It is always an historic moment when a royal baby is born but the Duke and Duchess of Cambridge's first-born child is unique in more ways than one.

Not only did Britain change its ancient royal succession laws in order for the baby to inherit the throne whatever its gender, but Prince George of Cambridge will be the first monarch for 350 years to have 'common' blood.

But times have changed and Kate, who is descended from miners and mill owners, has been welcome into the royal family.