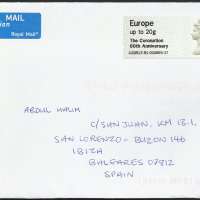 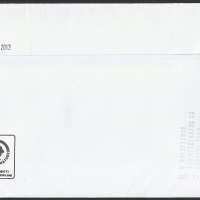 Post and Go Machines were introduced on 8th October 2008 when the first Office - The Galleries , Bristol became operational. The machines allow the weighing of items and production of point of sale Postage Labels which are on self adhesive paper. Two types of Postage Label can be dispensed by the machine - one on a blank base label which is for a specific weighed item and is produced with a 'Post By' printed date. The labels also carry a service indicator such as 'A', '2L', '2LL', '1LL', '1PK', etc and the postage amount paid.

The second type is on a preprinted label (was known as a Faststamp) and could have one of five selectable NVI value rates. Strips of up to five labels could be dispensed at once (any combination of values). The Faststamps are not tied to a 'Post By' date. The Point of Sale machines print is produced using a thermal printer.

A note from another website says that this was only available at Spring Stampex 2013.