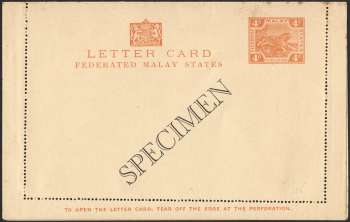 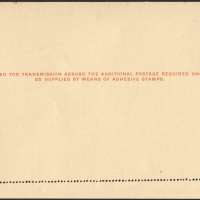 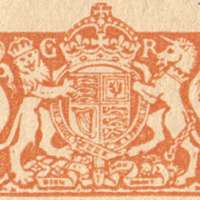 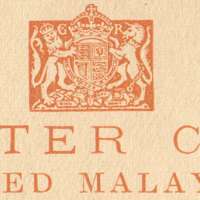 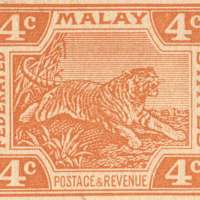 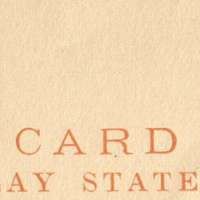 So far, no known survived used letter card has been documented. Also some collector may keep this prized letter card as not many has known to exist.

The lid of the card is still originally sealed as they way it has been kept by previous owner.

A letter card almost has the advantages of a postal card as far as weight and size, but also the advantage of privacy of contents is concerned. It is a double card, folded over, with gum or adhesive applied to the three open edges. It is then opened by the recipient by tearing perforations on the three sides that are on the message side of the gum. The gummed strip around the card is then discarded, giving rise to the problems collectors have in finding intact used cards. 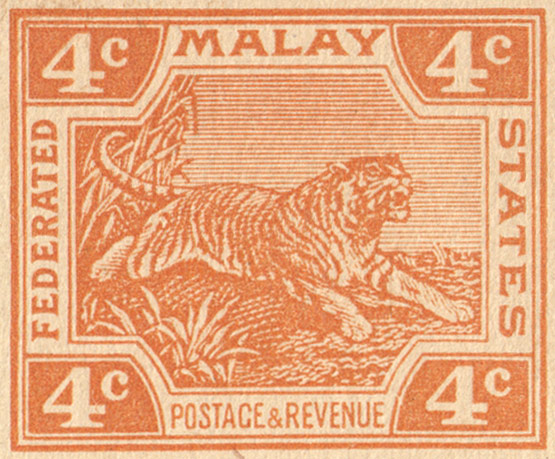 The Letter Card showing the official coat-of-arms of the United Kingdom of Great Britain and Northern Ireland instead of one by the Federated Malay States. 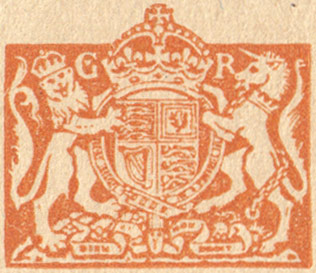 Coat-of-arms printed on the letter card with King George V's monogram.
Note at the bottom of the lettercard:
TO OPEN THE LETTERCARD, TEAR OFF THE EDGE AT THE PERFORATION.

Note at the reverse side of the lettercard:
IF USED FOR TRANMISSION ABROAD THE ADDITIONAL POSTAGE REQUIRED SHOULD BE SUPPLIED BY MEANS OF ADHESIVE STAMPS.